The British artist Ceal Floyer’s work Double Act 2006 comprises a colour slide, a gobo (light stencil) and a theatre light. It is arranged as an installation in a darkened room, where the theatre light with attached gobo and slide are mounted on a wall at a right angle to an adjoining wall upon which the light projection is seen. A gobo is a translucent filter that shapes a light source in the manner of a stencil, and here the gobo and light project a slide of a red theatre curtain and a white spotlight onto a space that is approximately 14 x 8 x 4 m in size. The work’s illusionism is augmented by the way in which the circle of light spills onto the floor and by the ambient reflections and shadows it casts, engendering a sense of physical immersion and visual tactility.

The work was produced by Floyer in 2006, when she was living and working in Berlin. It was created by simply assembling its constituent elements, purchased from shops, with the exception of the slide, which was most likely made or commissioned by the artist. The title Double Act evokes associations with a theatrical or musical duo, which could be symbolised here visually by the pairing of the real and the represented lights of the image projection. It may also point to the degrees of complicity between artist and visitor in the viewing of artworks, and between art and institutions in their display. The work plays with notions of illusion, mimicry and spectacle, as mediated through its technology that destabilises the viewer’s perceptual moorings. What is first apprehended as fact or what the art critic Jan Verwoert has called the ‘facticity of illusion’ soon dissolves into fiction and theatricality once the work’s material cues are recognised and revealed by its visible manufacture. Verwoert has written of Double Act:

By presenting a spotlit curtain, Floyer creates the anticipation of an event. Yet, as no drama follows, it becomes apparent that the gesture of presenting the curtain and the light is the event. The anticipation stimulated by this gesture becomes the true subject of the work. The staged situation leads you to expect a dramatic act, which turns out to be the artistic act of presenting the situation of the stage ... [a] self-reflexive gesture as a model of an artistic agency.
(Verwoert in Kunstmuseum Basel 2008, p.63.)

In common with Floyer’s other works that use light technology, Double Act makes explicit its means of display and construction as both content and mode of interpretation, along with its title and context. As Floyer stated in 2008, ‘the notion and conventions of the conditions of “presentation” are, more often than not, integral to the work’ (Floyer in Museo d’Arte Contemporanea Donnaregina 2008, p.49).

Double Act recalls Floyer’s slightly earlier installation Door 2005, in which a projector placed on the floor faces a closed door on which a slide of a horizontal strip of white light is projected. This creates an illusory impression of the illumination’s source – that it is ‘real’ light coming from beneath the door and not a projected image of it. Double Act also relates to the history of cinema and cinematic illusion as an image of projected light, while Floyer’s work can be compared with other artists who employ conceits of light and reflection, such as Dan Graham and Anthony McCall. 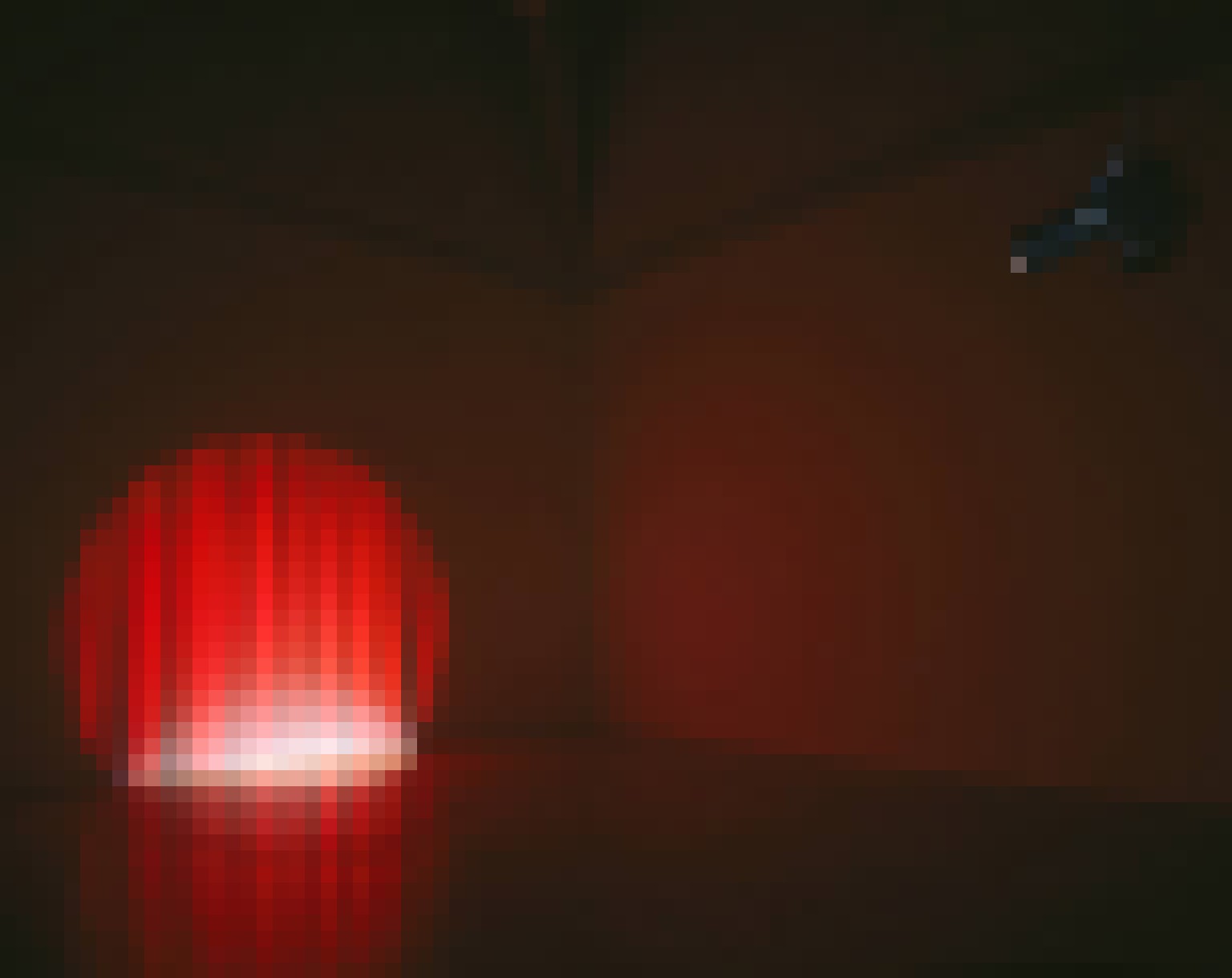 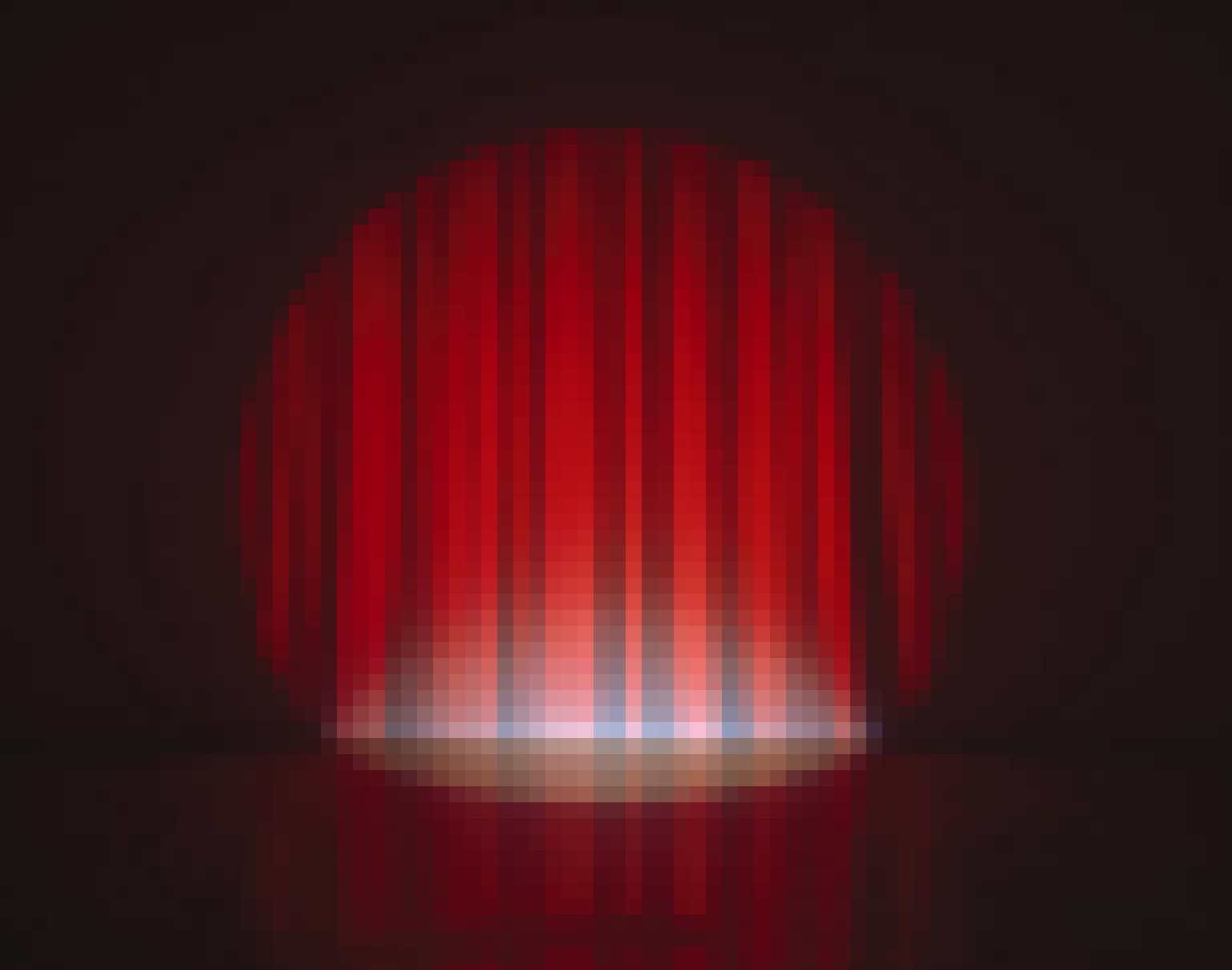 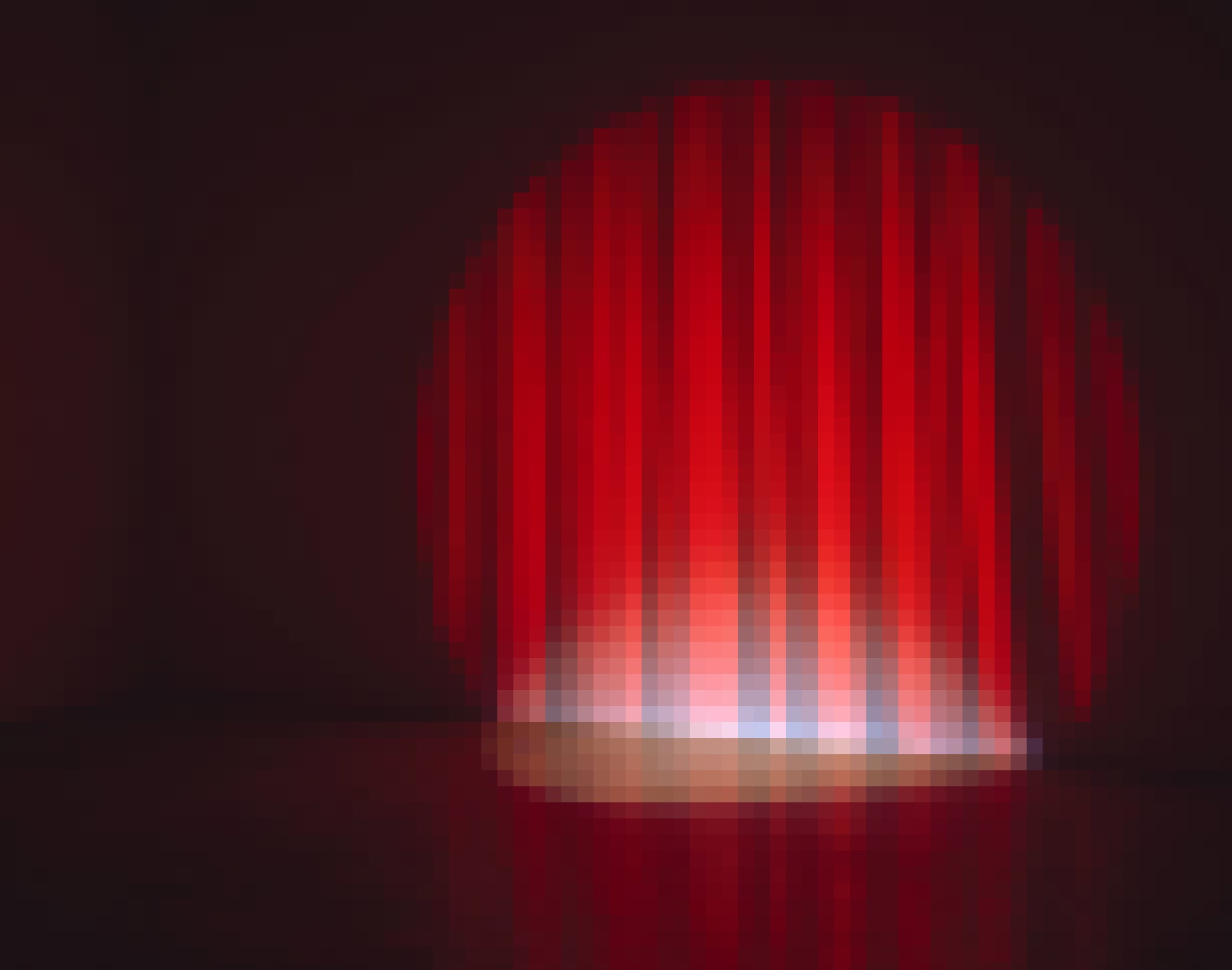 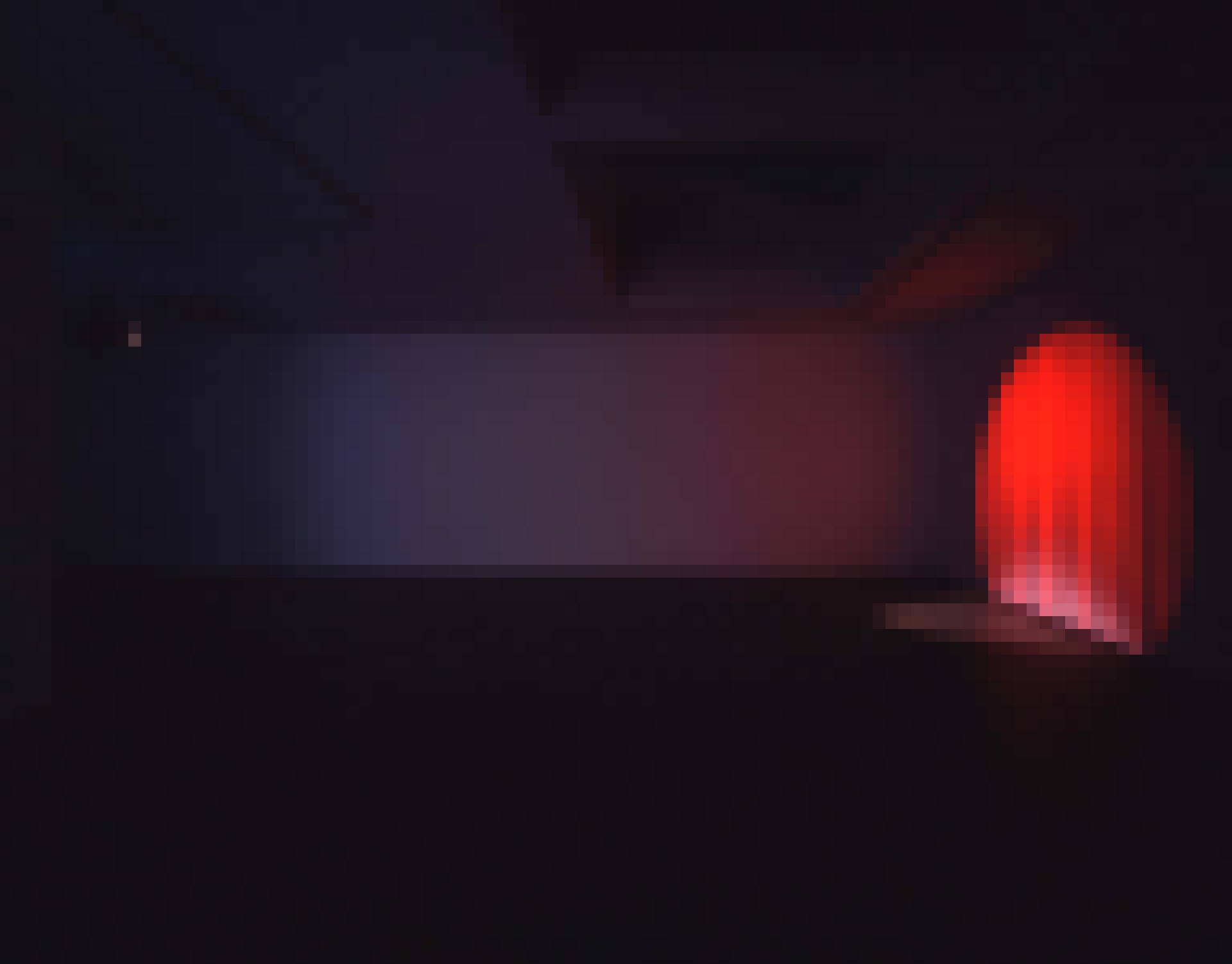