Michel Verjux: Light Connection was Verjux’s first project for a North American museum, superimposing five projected circles from (or onto) two buildings of different period and style. One was shown inside the museum during the day in an exhibition gallery devoted to the Albright-Knox’s famous collection of large New York School abstractions. It filled the center of a long wall from floor to ceiling and surrounded the room’s single, narrow window.

At night, two projections shone against the exterior of the same wall, the south façade of E.B. Green’s Greek Revival building of 1905. These lights were trained between the bottom of the wall and the cornice, and they were pushed right to the inside of either wall, overlapping pilasters that frame the long central colonnade. Were one to see the interior projection shine through the colonnade, the three circles that affected the building would appear evenly distributed across the whole façade, one circle-width apart. 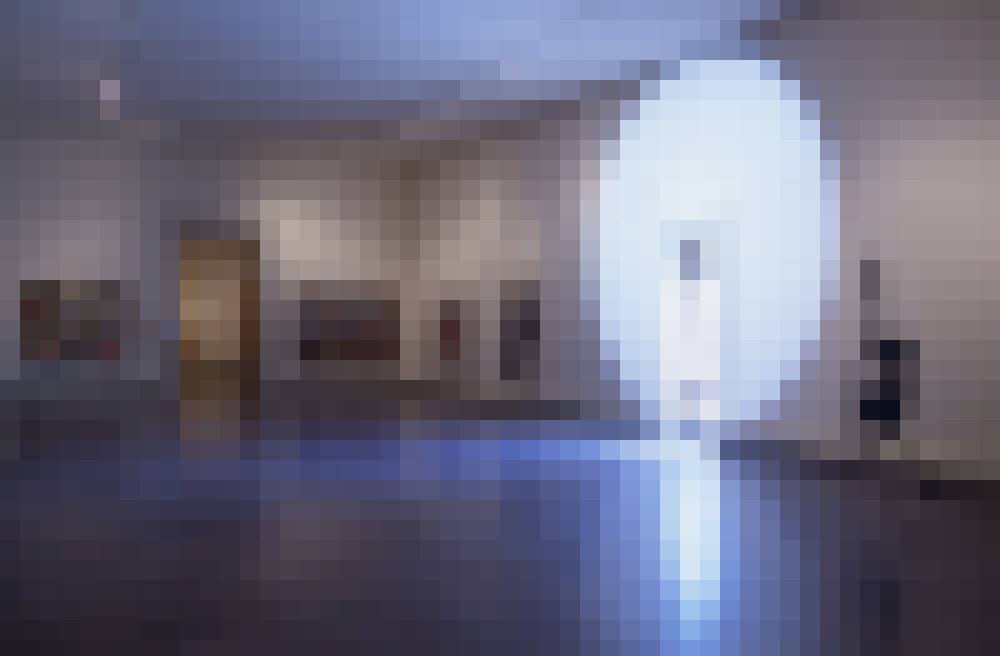