Czech artist Zdeněk Pešánek is considered of the first to incorporate neon in his assemblages.

Being commissioned by the Electric Company of the City of Prague to decorate their new building of Zenger's Edison transformer station in Prague-Klárov, Pešánek created a series of four light-kinetic sculptures. They celebrated inventions in the field of electricity, namely Ampère's Law (1936 saw one hundred years since the death of Ampère), three-phase electric motor, transformer, and the fourth represented the growing electricity consumption in Prague since the 1880s. Originally he also considered another two pieces, inspired by lightning rod and dynamo, for which he created models. Next to the rhythmised system of colour bulbs used earlier, Pešánek worked with neon light for the first time, pioneering its use in the artistic context. New to his work were also the use of molded synthetic resin (celluloid and celon) and the predominance of industrial material. The works are abstract assemblages, although they incorporate objects like a hand, magnetic needle, inductor, diagram, or isolators. He worked with Erwin Schulhoff and Alois Hába on the acoustic part composed of concrete sounds (sirens, whirling of transformers) and rhythmic music. The work was first exhibited at Pešánek's solo exhibition in the Museum of Decorative Arts, Prague (1936), whose positive reception paved its way to the World Exposition in Paris (1937). New York's Museum of Modern Art and Dutch company Philips Lighting expressed interest in acquiring it, but both were met with disapproval from the Electric Company. Due to unfortunate circumstances, the work was not installed on its building and after its short appearance at Krásné světlo exhibition (1939) it was left forgotten in the basement of the Zenger station. 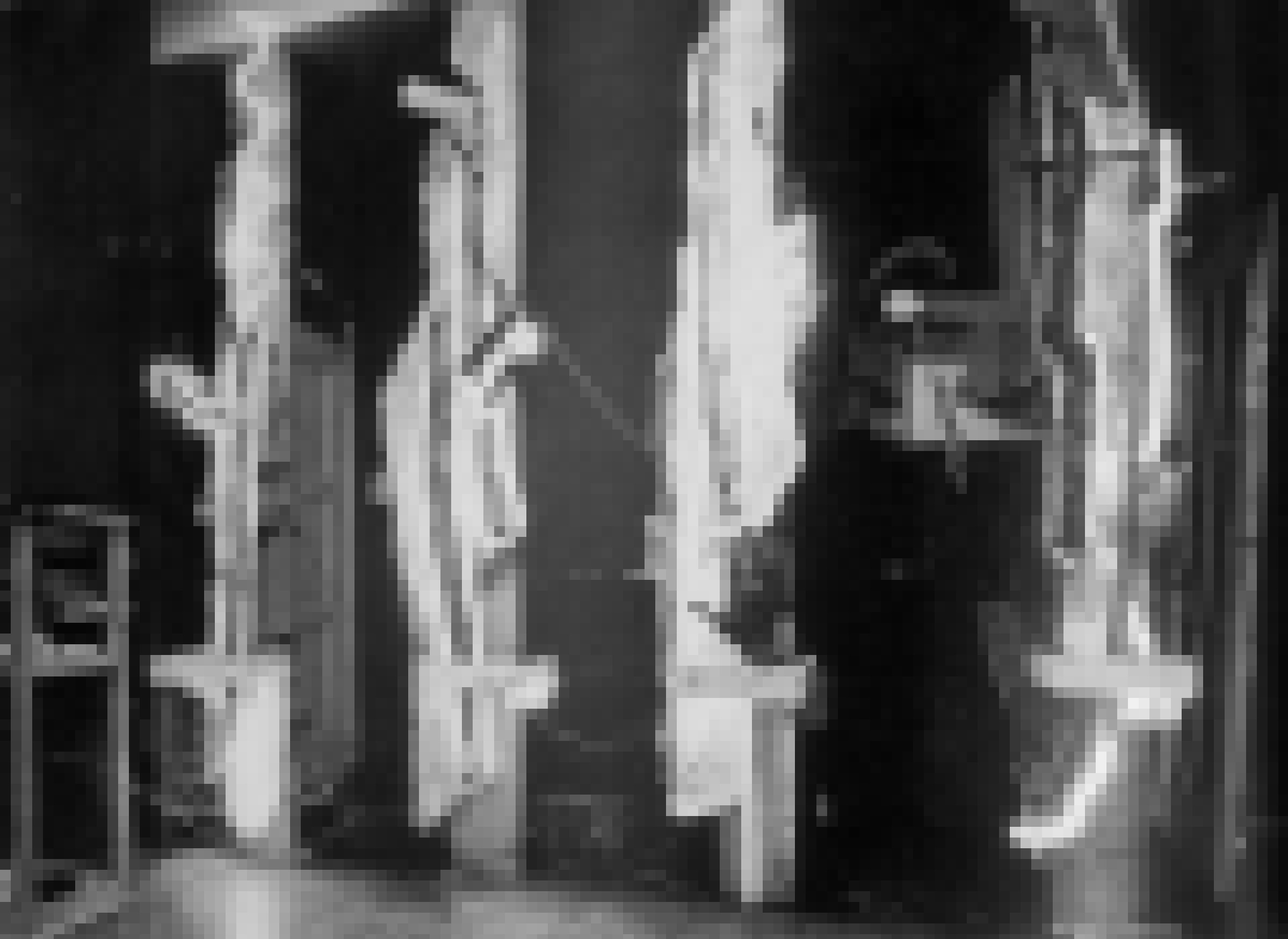