Opera is pure performance art. It brings together voice and visuals to transport the viewer into a world of fantasy and wonder. At least, that is what it should do. And that is what William Kentridge does achieve in his realisation of The Magic Flute. The performance element is what opera is all about, and so the staging is paramount. Otherwise you might as well sit at home and listen to a ‘perfect’ musical rendition on CD. The staging, off course, should be sympathetic to the composer’s intent, the vocal demands and the viewers’ willingness to suspend reality and buy into the particular flight of imagination. The brilliance of the Kenridge production is his acceptance of the traditional conventions of opera and yet to introduce twenty-first-century technology to realise his cosmic vision. We are talking of an artist who is able to conceive of a multi-dimensional performance piece that thrills both vocally and visually. Kentridge works masterfully in his own rich visual language that includes drawing, animation and film, to create an ambience that is distinctively his own, but is totally sympathetic to the story line and the mood and texture of music and voice. Subliminally one becomes aware of the relationship between music and math, and between vocal flourish and mark making. This production is about magic and not the mundane.

As director, Kentridge also teases out excellent acting and gets the accomplished soloists and chorus to create wonderfully animated tableaux that constantly delight the eye. The sumptuous yet subtly quirky costumes add tremendously to the visual appeal. But then it seems that no detail is not carefully thought through, to ensure a total sensory and aural overload that will leave you wishing that you could see it again to appreciate the layers of complexities and surprises. Vocally the stars deliver. The chorus is strong. The music is sublime. The technical team delivers in spades. And the Kentridge vision is able to creatively mix these ingredients and turn Mozart’s The Magic Fluteinto gold. Viva alchemy! 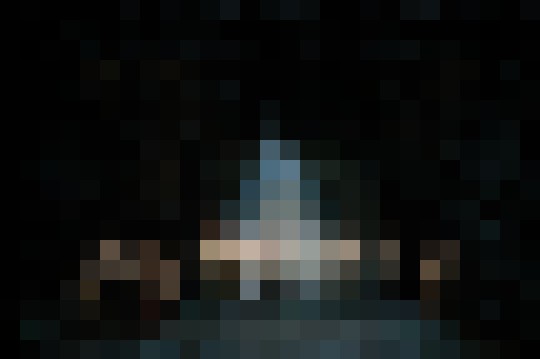