A spiral-shaped labyrinth consisting of ten thousand perfume test strips offers a sense perception of time and memory. The spiral fills the room and the historic perfume L'Heure Bleue - a historic composition of 1912 by Jacques Guerlain based on a walk crossing the river Seine in Paris at the blue hour. L'Heure Bleue - is also the hour when the light changes between day and night and is also a metaphor for the time of change. The visitors follows a path between the "paper walls" - surrounded by a great number of vibrating perfume test strips - into the center of the rooms which is flooded with blue light. While smells - activating the unconscious - are being released periodically, there is a constant sea of voices - people from different language regions talk about their memories of smell. Realities, imaginations, memories mix and give the viewer the possibility to experience unsuspected levels of perception. For Miami and Linz, the project was developed further. Here two interwoven spirals created a complex labyrinth, which could be entered from two opposing sides. 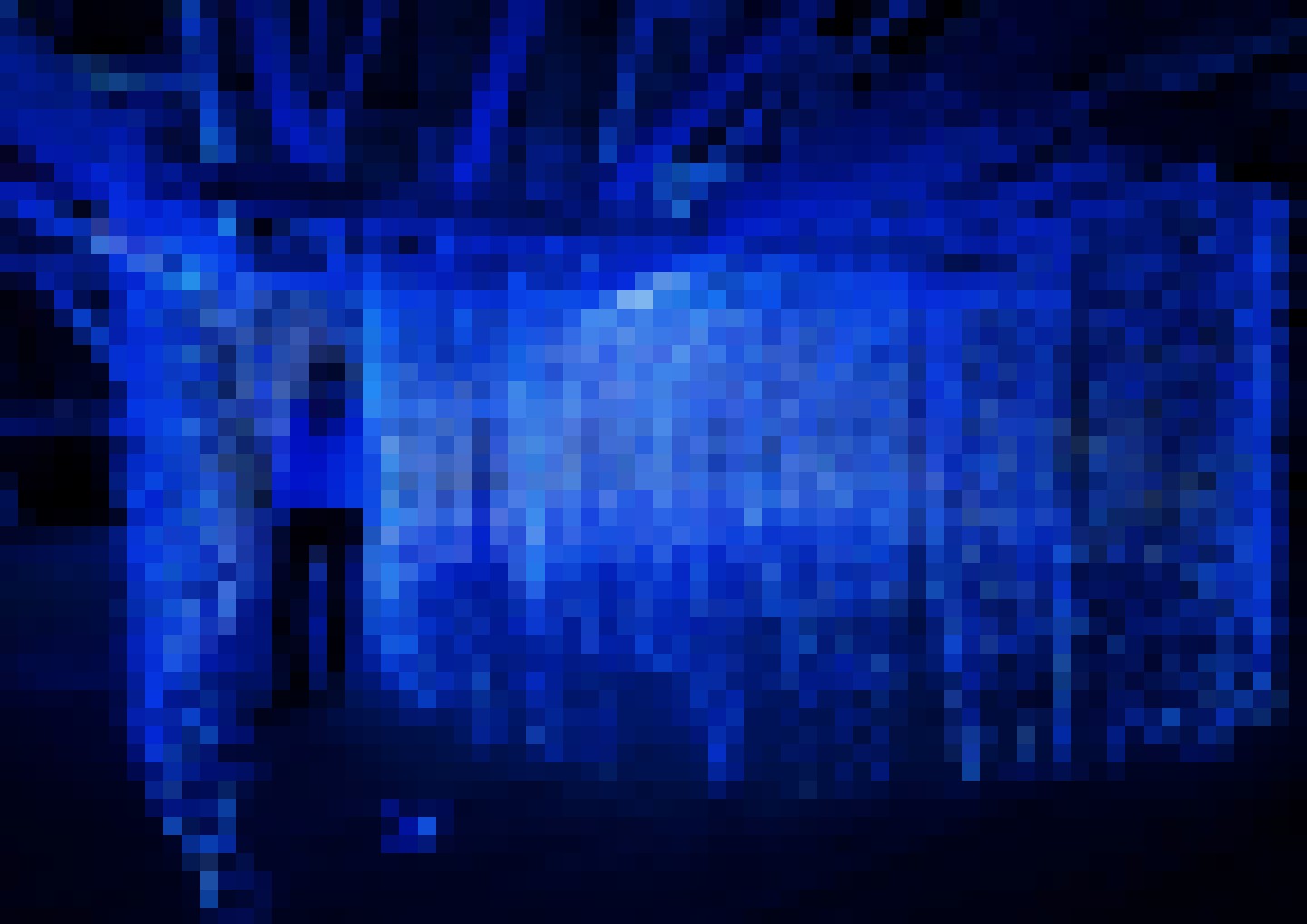