This week’s Studio Sunday artist, Thomas Wilfred, is actually better known as a Danish inventor and musician. Wilfred lived in the early 1900s, during which time he created the inventions that would later make him known as the “father of multimedia.”

The son of a photography studio owner, Wilfred was interested in light throughout his life. The artist noted that light was a fundamental aspect of art, and that all artists work with light, whether their medium is painting, sculpture, or other. Wilfred, however, was the first to work with light projections, distilling light into a medium in its own right.

The artist created some of the first audiovisual performances by combining sound with light and color to create shimmering abstract images that changed while a song was being played. In the above photo Wilfred looks perhaps like an actor in a very old science fiction movie, but in fact the device is Wilfred’s Clavilux, an instrument of his own design that was part organ and part projector. While Wilfred pressed the keys to play certain notes, the machine would project undulating light forms like the ones shown in the bottom photo.

Wilfred’s studio, or, whatever he called his own workshop, must have not only looked interesting but sounded interesting. One doesn’t often think about the sounds of an art studio, but this is one case where the sound would be inextricable from every other aspect of the work. 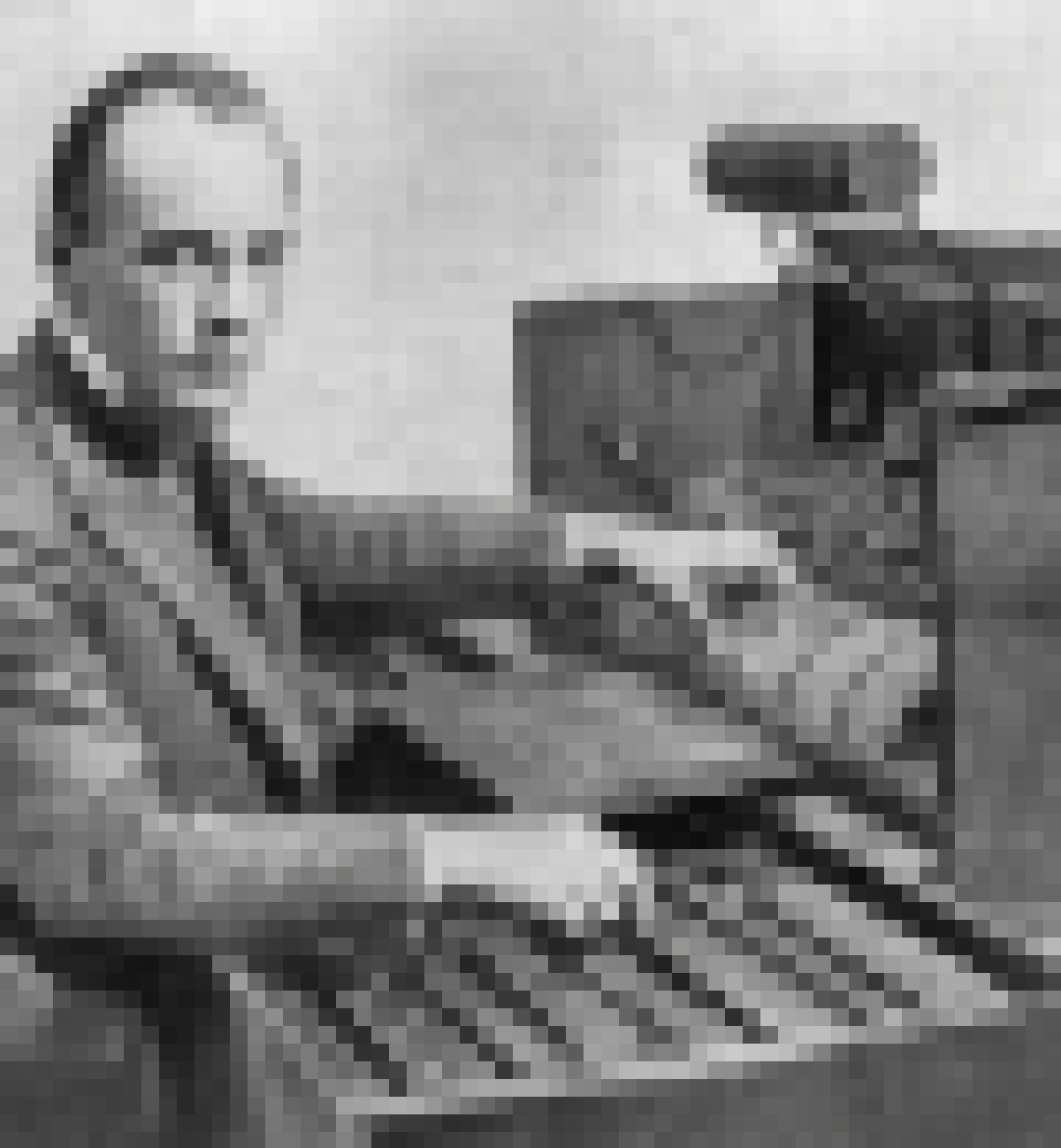