The first experiments with light were conducted in 1959: We place the light in small boxes which reproduced, multiplied and combined with the screens made of Plexiglas slates, prisms, squares and circle shapes, using a scale of 14 colors. Like in other experiments it is not about creating luminous paintings .The light is but a way to manifest some of my concerns, such apprehending the variation of the potential induced and to manifest it in one visual field. Many experiments were made from the handling of material and the differentiation of the issues. I also wanted to work simultaneously using reflections; some Plexiglas slates 45%, fixed or mobile elements placed on each side. So the reflected shapes inter penetrated in their transparency and seems to float in space. In other experiments of the same series, some Plexiglas slates were placed in depth so the lateral pictures lightening up alternatively, and created some visual sequences of 8 situations. Many topics can be subjected to all those experimental boxes, combining and alternating them in different way. Some other experiments with the light are drawn from the mobile elements originally destined inside boxes. On the base of reflections of light on a background through small Plexiglas or metal slates, a series of experiments combined the place of the source of light, the incidence of the suspended elements, the shapes of the background. This series led me to realize in 1962 an ensemble destined to a white room in darkness.

The ensemble was laid out in the middle of a room; the suspended elements received 4 rays of light and distributed their reflections horizontally, vertically and obliquely on the wall, the ceiling and the floor. In 1962, I did other experiments using a ray of artificial light; some of them consist to project a ray of light on a cylinder which reflected the ray and distorted it on a wooden white circle which was the bottom of the cylinder. The ray was then intercepted by mobile elements which fractioned it by different manners. The visual results on the white circle were a constant and imperceptible game of shadows and lights, which were previously set. The same principal of shaved light was used to other experiments. 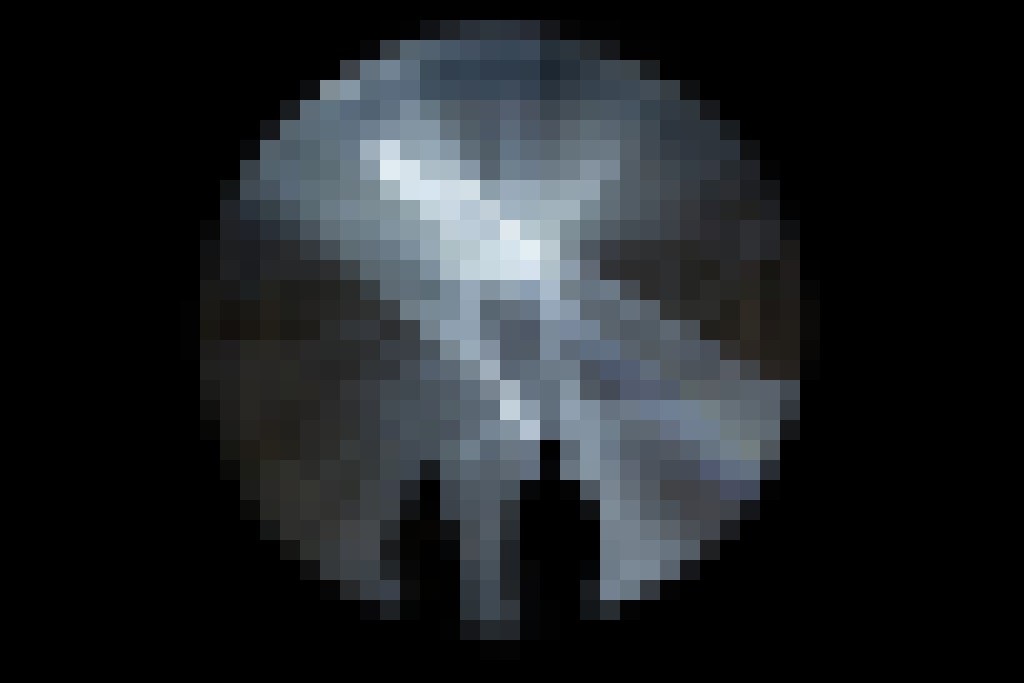