Exhibition: John Cage | Writings through the Essay: On the Duty of Civil Disobedience

Writings through the Essay: On the Duty of Civil Disobedience (1987) is the only installation work by American artist and composer John Cage (1912–1992); it debuted at the exhibition Documenta 8 in Kassel, Germany. The installation consists of 36-channel sound recordings and twenty-four theatrical lights selected and programmed according to instructions generated by the Chinese classic I-Ching (Book of Changes). As well, six chairs, sourced locally, are repositioned in new locations each day. Cage, whose voice is manipulated by pitch and by speed, reads a mesostic (a poetic structure similar to an acrostic, with a vertical phrase formed by lines of horizontal text) that references Erik Satie’s Messes des Pauvres and ‘On the Duty of Civil Disobedience’ (1849) by American transcendentalist Henry David Thoreau. In the text—a strong objection to slavery and the Mexican–American War—Thoreau asserts that citizens must oppose government attempts to implicate them in acts of injustice.

Cage creates an all-enveloping perceptual and spatial experience wherein present-day viewers interact with recorded voices; he did not intend for the work to be a political statement. Each iteration of the installation produces a site-specific and unique composition. The random, unpredictable play of lights that complement the aural component enlivens and remakes the work each time it is installed and every day it plays. 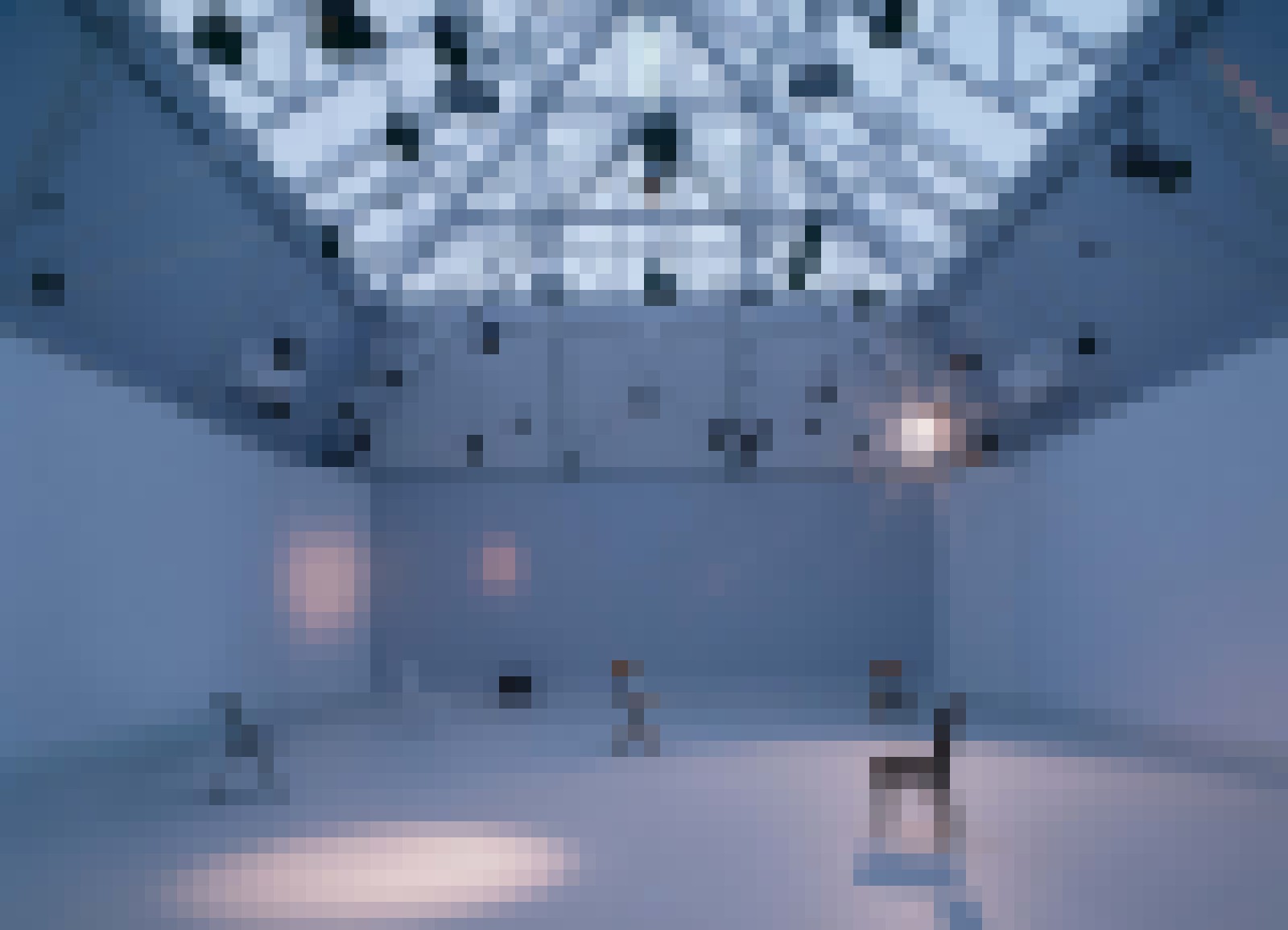