The "Fire and Water Fountain", also commonly referred to as the "Dizengoff Square Fountain", is a Tel Aviv landmark in the center of the Dizengoff Square. Dedicated in 1986, the fountain is a kinetic sculpture, the work of the Israeli artist Yaacov Agam. The fountain was developed by Agam for ten years and is one of Agam's most famous creations. Agam has gained international recognition as one of the founders of the kinetic art movement. The fountain consists of an illusory dimension and a movement dimension, both typical to works of Kinetic art and Op art, which is achieved by the use of technology and by the observer's movement. The fountain is composed of several big jagged wheels, which were designed in the kinetic style (colored geometric shapes, which are perceived as different images from different angles). A technological mechanism is automatically activated at different times of the day and the night, turning the wheels on their hinges, injecting water upwards in various forms, spitting fire upwards and playing music. Through the years the fountain drew a lot of criticism from the Tel Aviv residents for the high cost of its ongoing maintenance.

In 2012, the fountain reopened after a restoration, freshly painted and repaired.

In December 2016, the fountain was relocated to the Reading Parking Lot in north Tel Aviv for the renovation of the plaza.It will be replaced on the plaza after the renovations are completed.On 27 February 2019, the Jerusalem Post reported, "Tel Aviv’s Dizengoff Square got back its iconic “Fire and Water Fountain,” which was dismantled at the end of 2016 as the public square was demolished to make way for a restructured plaza in its place". Operational status nor hours of operation were reported. 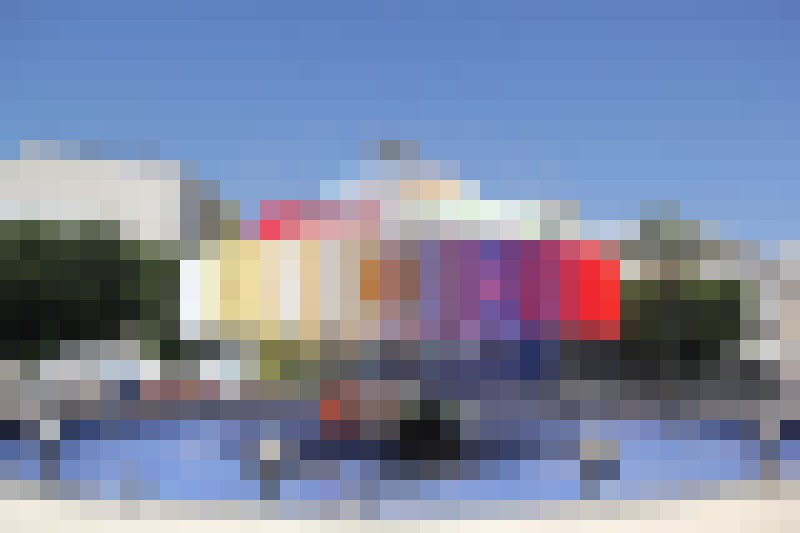 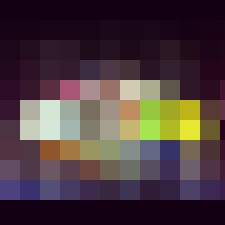