Early on Calos was interested how time prompts physical movement. The foundation of his aesthetic resides in the dynamism of electricity and light, which were used to create an infinite interference and variation of color in constant revolution or scintillating vertical surfaces animated by a micro-motor. The rhythm of these dancing harmonies changed according to the nature of the movement while producing engaging retinal vibrations in a regulated, orderly geometrical ballet. “My brain is partly intuitive, partly mathematical,” said the artist. “It’s an apparent contradiction.” Calos’s work offers its own symbolism through geometrical shapes. The sphere incarnated man -- even the cosmos -- while vertical lines show days or hours, which by consequence placed the being directly in time. “I’m a constructivist,” said Calos. “That means I express myself in a well-ordered construction.” But despite the structural rigor of his devices, their scientific bent, their mastery of means and their intuitive curve, and the rationalism of the spirit behind them – they also remain humanistic and insinuate poetry of the visual field. They are a constellation of turning color fields, vaporous waves barred by flexible transversals, quivering stems of contrasting light, superimposed black lozenges that result in luxurious tension. Everything moves and recedes, refuses and is reborn in movement that penetrates the imagination. Calos’s technical process was both simple and subtle. The artist first painted a plate of fixed plastic, then a second mobile, placing the first in front of the other in order to create superimposed grids. 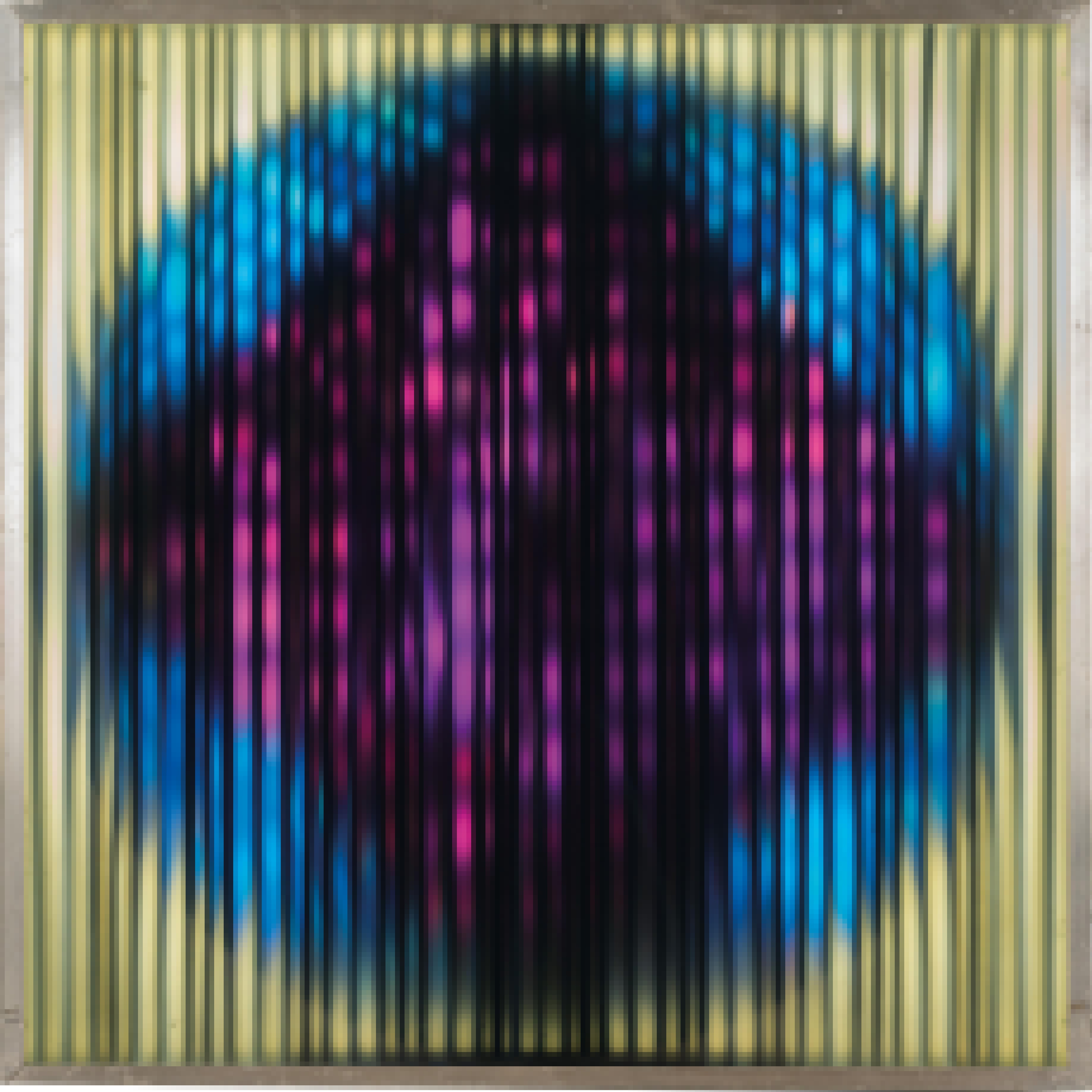 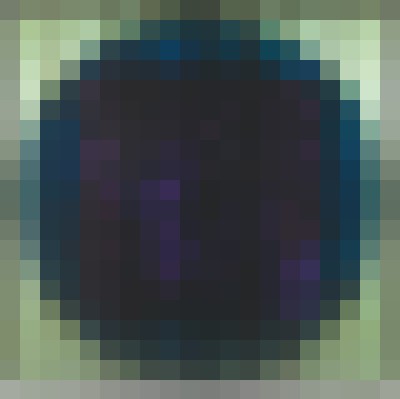 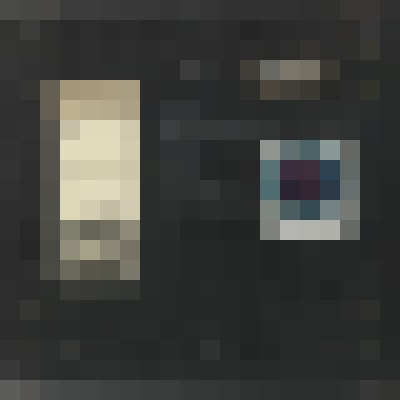